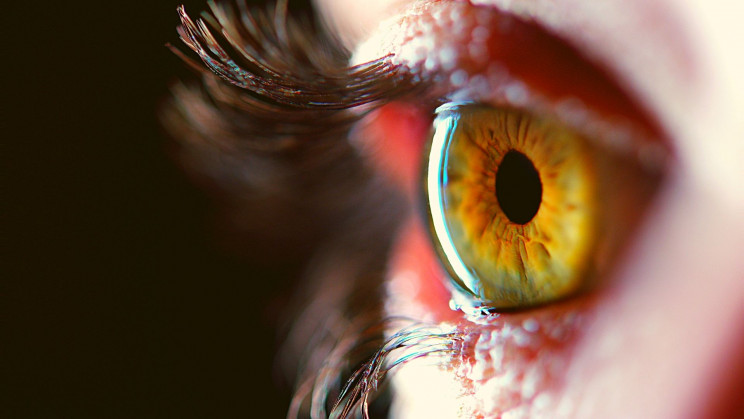 A close-up photograph of an eye.AlexanderFord / iStock

A patient suffering from a genetic form of childhood blindness regained and retained vision for more than a year after receiving just a single shot of an experimental RNA therapy directly into the eye, according to a new study published in the journal Nature Medicine.

While impressive, it’s important to encourage cautious optimism about this development — since there is no magic panacea for blindness.

A single shot improved central vision for a blind child

The treatment was designed for people pre-diagnosed with Leber congenital amaurosis (LCA) — which is an eye disorder that typically affects the retina — who also have a CEP290 mutation, a gene commonly associated in patients with the disease. People who have this type of LCA generally suffer severe visual impairment from infancy onward.

“Our results set a new standard of what biological improvements are possible with antisense oligonucleotide therapy in LCA caused by CEP290 mutations,” said Research Professor of Ophthalmology Artur V. Cideciyan, who is also co-lead author of the new study, according to a MedicalXpress report. “Importantly, we establish a comparator for currently-ongoing gene-editing therapies for the same disease, which will allow comparison of the relative merits of two different interventions.”

Researchers at the Scheie Eye Institute in the Perelman School of Medicine at the University of Pennsylvania executed the clinical trial, and found treatment led to substantial changes at the fovea — the crucial locus of human central vision. Penn Medicine led the international effort, with Samuel G. Jacobson, who is also a professor of Ophthalmology.

During the study, participants were injected intraocularly with an antisense oligonucleotide called sepofarsen. This is a short RNA molecule that increases CEP290 protein levels in an eye’s photoreceptors, improving retinal function and perception in daylight.

In a 2019 study from Nature Medicine, Jacobson, Cideciyan, and other collaborators discovered how injections of sepofarsen repeated once per three months caused an increase in vision capability for 10 patients. The eleventh patient — whose treatment was explained in the new paper of the same journal, was given just one injection, and then examined over a 15-month timeframe. Before treatment, the patient suffered from reduced visual acuity, small visual fields, and no night vision. But after the shot, the scientists decided not to add quarterly maintenance doses — since doing so could cause cataracts.

After the single injection of sepofarsen, the scientists noticed more drastic improvements substantially supporting a biological effect from the treatment. One critical find during more than a dozen measurements of visual function and retinal structure was that the biological improvement was slow to take. Researchers recorded vision improvement after one month, but the vision of the patient hit a peak after two months.

Most crucially, some improvements in visual acuity remained more than 15 months after the single injection. This was unexpected, but provides implications in the future treatment of other ciliopathies — the general category of diseases linked to genetic mutations encoding dysfunctional proteins, which in turn cause abnormally functioning cilia, a sensory organelle that sticks out on cells.

“This work represents a really exciting direction for RNA antisense therapy,” said Jacobson, in the MedicalXpress report. “It’s been 30 years since there were new drugs using RNA antisense oligonucleotides, even though everybody realized that there was great promise for these treatments. The unexpected stability of the ciliary transition zone noted in the patient prompts reconsideration of dosing schedules for sepofarsen, as well as other cilium-targeted therapies.”

A major step toward new techniques to help restore vision

The researchers think one reason why antisense oligonucleotide can improve vision is that the minuscule RNA molecules are small enough to sneak inside the cell nucleus, but remain long enough to have a substantial effect.

“There are now, at least in the eye field, a series of clinical trials using antisense oligonucleotides for different genetic defects spawned by the success of the work in CEP290-associated LCA from Dr.s Cideciyan and Jacobson,” said the Chair of Ophthalmology Joan O-Brien of the Perelman School of Medicine and director of the Scheie Eye Institute.

Obviously, this isn’t a cure-all for blindness. But it still represents a fairly major step toward developing new techniques for radically improving low visual acuity in the literal eyes of people genetically predisposed to suffer from eye-related diseases.