Yeast may not be much to look at, but these tiny fungal friends have played an important role in our diets for millennia! These organisms have allowed humans to leaven bread and brew beer. They may have even played a role in forming some of humanity’s earliest cities!

We often take it for granted that you can buy supplies like yeast in stores. Many people who decided to take up baking at the beginning of the pandemic were faced with yeast shortages in the grocery stores. However, our ancestors weren’t able to run down to Kroger for a packet of Fleischmann’s or other commercial yeast. Yeast originally came from the wild. Though we have cultured yeast for a long time, wild yeast has always played a role in brewing and bread making. Although wild yeast isn’t as consistent or convenient as instant yeast, it can give your bread or beer unique flavors.

Some types of wild yeast are prized in brewing for creating unique beers. Others are key components of sourdough starters. These organisms use fermentation to create delicious flavors. The diversity of wild yeast is an opportunity to create flavorful and delicious beer and bread. Though store-bought yeast is an easy and reliable option, it is far less exciting than the many wild species. From beer to bread, these living chemical factories have played an important role in human history.

The word “yeast” refers to a wide range of single-celled fungi. They all reproduce through a process called budding but otherwise can have a huge range of traits. Yeasts occur throughout the natural world. Like other fungi, they are decomposers. This means they get their energy by digesting dead stuff. While this might sound morbid, they are more like nature’s recyclers. They make sure nothing dead goes to waste!

What we generally refer to as yeast is Saccharomyces cerevisiae. This species is the yeast most commonly used in brewing beer and leavening bread. Humans have been culturing this species of yeast for thousands of years. This traditional yeast has many different strains and variants. There are different strains for different beers, wines and baked goods. However, all of these types of yeast are the same species, and their flavor is relatively consistent. Wild yeast, on the other hand, is any species of yeast cultured from a natural source. These can be found on the skin of fruits or even floating in the air. 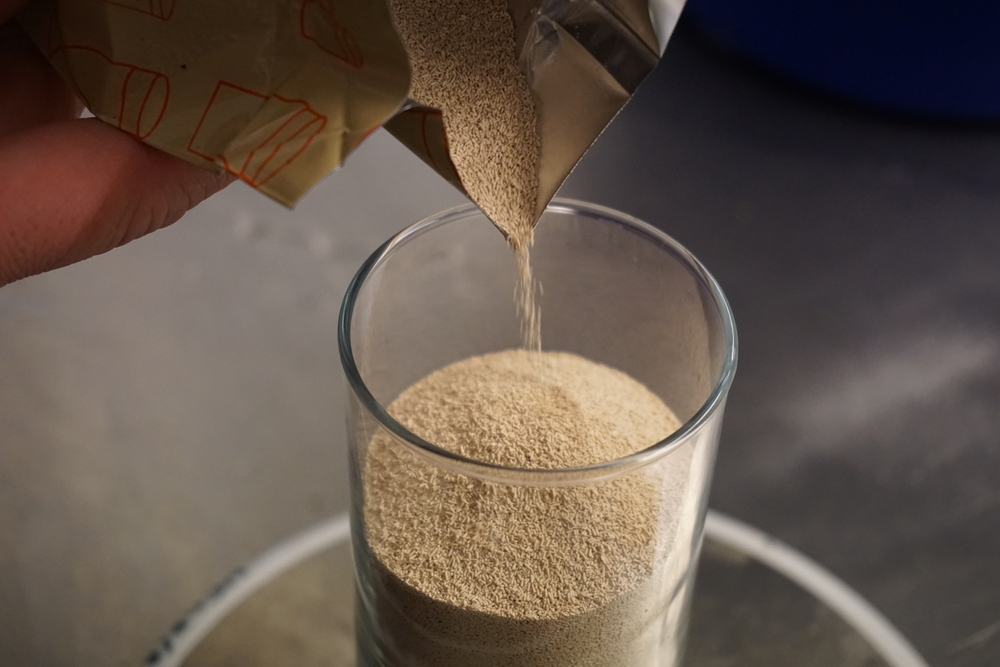 Yeast is prized for its ability to produce alcohol and carbon dioxide from sugar. This biological wizardry is called fermentation. Humans have taken advantage of this biochemical process since the start of civilization. The process of fermentation is an important part of what makes yeast unique!

Fermentation is the process of turning sugars into ethanol (drinking alcohol), carbon dioxide and aromatic compounds. Yeast carries out this process when growing on sugars in the absence of oxygen (anaerobic). Humans have taken advantage of this process to leaven bread, preserve foods and produce intoxicating beverages. By allowing foods to ferment we have created new and delicious dishes. Foods like sourdough, kombucha, injera, and beer all benefit from the powers of yeast.

Fermented foods can be beneficial in a number of ways. They can be more shelf stable, due to their alcohol and lactic acid contents, which discourage the growth of dangerous microbes. They can also help our bodies process sugars. The carbon dioxide gas produced when yeast ferments is also essential to bread making. It makes bread rise by adding gas bubbles to the otherwise solid dough. This is a process called leavening, which makes bread soft and chewy, rather than crusty and dry.

The Domestication of Yeast

Just like crops and cattle, humans have domesticated yeast through many generations of cultivation. We have been producing yeast for thousands of years to use in food and beverages. Some people even believe that cultivating yeast was a catalyst for the first human cities. Legendary beer scientist Charlie Bamforth claims that using yeast to produce beer led humans to leave their nomadic lives behind. Caring for a yeast culture required humans to stay put so their brews could ferment undisturbed.

There is no doubt of the close relationship between human civilization and yeast. This organism has been with us for millennia. Through generations of cultivation, humans have created yeast that fits our needs. Different strains have been isolated for beer, bread, wine, and other purposes. These have become essential for many of the foods we eat. 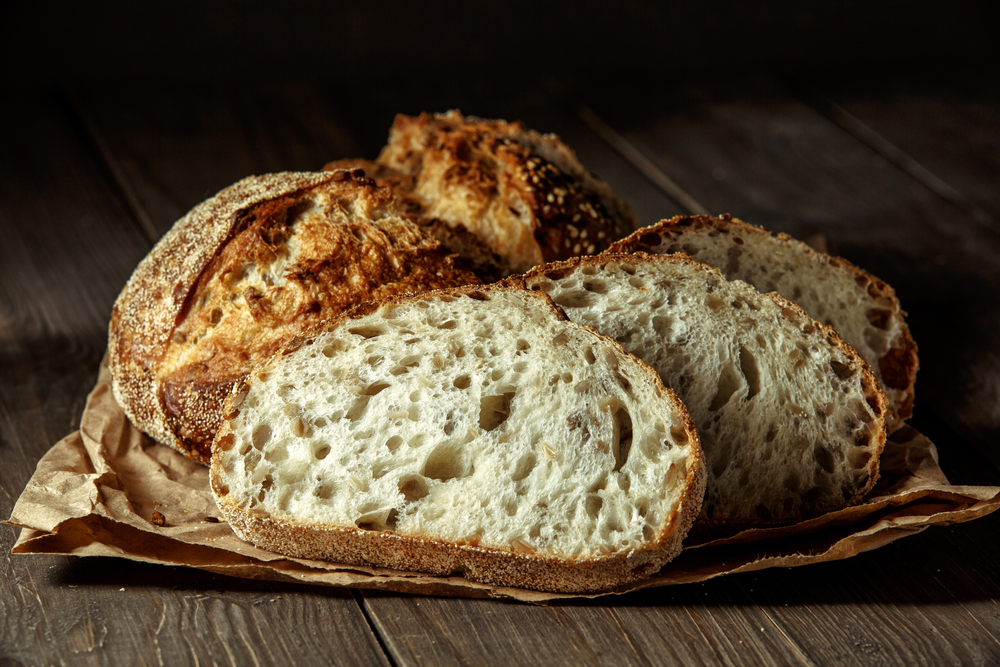 Commercial yeast is just one species of yeast, Saccharomyces cerevisiae. This species has been used in brewing and bread baking for thousands of years. Baker’s yeast is an essential part of nearly every bread recipe. However, sourdough bread generally uses a different kind of yeast. These breads rely on a sourdough starter, which is a culture of wild yeast and lactobacillus bacteria. Together these microorganisms create delicious baked goods with tons of flavor.

Lagers are a very common type of beer, known for being light and refreshing. The difference between lager and ale is more than just taste. Lagers are brewed with a different type of yeast than ales. This yeast is called Saccharomyces pastorianus and is a hybrid between traditional brewing yeast S. cerevisiae and another species, S. bayanus. This yeast is used exclusively for brewing beer. It allows for brewing at a lower temperature than other yeasts.

What is a Wild Yeast?

Yeasts exist throughout nature. They grow on fruit and plant matter. Wild yeasts generally refer to yeasts that can be easily caught and grown at home. These yeasts can be grown on flour in order to create your own sourdough starter!

Most wild yeast is truly wild. However, there are some species that have become so popular that they are cultivated on their own. The best known species of wild yeast is called Brettanomyces. Sometimes simply called “brett” this yeast has become popular for brewing certain beers. It’s flavor is often described as “barnyard.” While this might not sound all that delicious, it can produce unique beers. Traditionally, these yeasts were often pesky contaminants in breweries. However, brewers are a creative bunch. These funky and tart flavors have become essential to certain types of beer. Saison, lambic, and Flemish Red Ales are just a few types of beer that rely on the unusual taste of brettanomyces.

Collecting and growing your own wild yeast isn’t the easiest way to make bread. However, it makes it possible to make bread without buying yeast! Wild yeast can provide your bread or beer with a unique flavor. Each different species of yeast produces a different mixture of flavor compounds. Experimenting with wild yeast lets you create brews with new and unique flavors.

Wild yeast is just one element of what the French call “terroir.” This term refers to the unique flavor of a wine created by all the environmental variables in the winery. This idea can be applied to your unique wild yeast as well. It will produce a distinct flavor profile unique to your kitchen.

How to capture wild yeast

True to its name, wild yeast lives in the wild! Wild yeast is everywhere. All you need to do to capture it is give it a good home. In nature, wild yeast grows on fruits, feeding on naturally occurring sugars. When growing wild yeast at home, you want to create a similar environment where the yeast will thrive.

There are many strategies for growing wild yeast at home, but they all boil down to feeding your yeast flour and keeping it at a good temperature. This means preparing a sugary solution (or wort) and storing it at room temperature in a mason jar. (It is best not to use a plastic container). There are many different strategies for collecting wild yeast. These can range from simply letting wild yeast in the air grow, to swabbing the skins of fruit. Where you find your wild yeast all depends on the kind of yeast you are hoping to grow. Once you have your new starter, you’re ready to get baking or brewing! You can grow wild yeast for a huge array of different purposes. Whether you are making a sourdough recipe or some special hooch, wild yeast is a great option.